One of my earliest childhood memories is visiting the Kennedy Space Center with my family when I was 3, an experience which in retrospect had a profound lifelong impact on my interests and sense of curiosity. My father took us, he was a radioman in the United States Navy who loved science fiction and space exploration. I was born on his 29th birthday–the year of his first Saturn return, a significant and challenging astrological transit we all experience for the first time at that age.

I am a portrait artist and astronomical painter living in Idaho’s gorgeous Treasure Valley with my husband of 18 years, our dog Rocket and cat Jet. When not painting, I can usually be found meditating, studying astrology, or reading about the latest discoveries in the science of consciousness or astrophysics. My work is available through the Phaedra Paints Gallery and Mystick Physick. 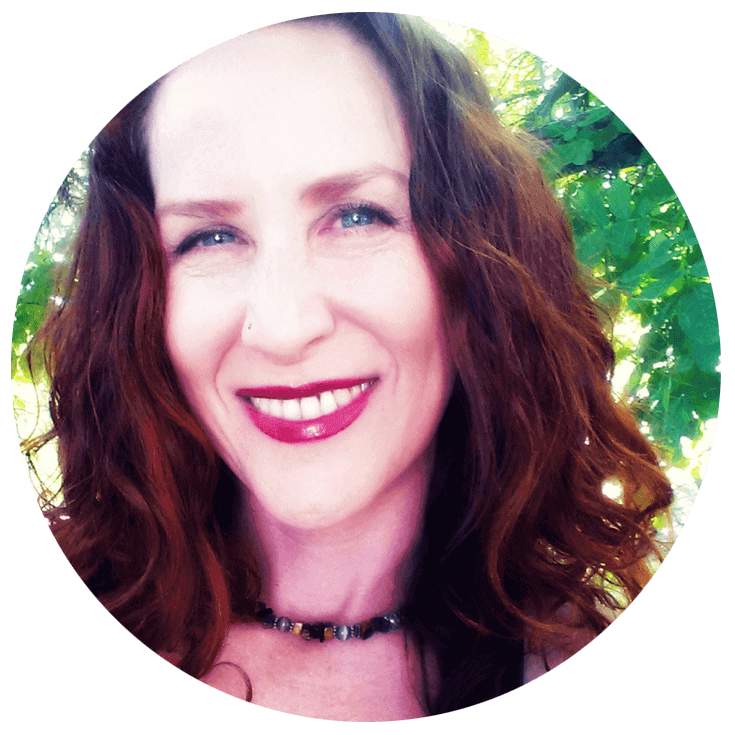 My artistic explorations have led me on a journey deep into both inner and outer space: the solar system and the chakra system, space-time, cycles and singular moments.

These works are primarily about union and marriage: the reuniting of astronomy and astrology; the union of art and science; the marriage of physics & metaphysics, of the physical and the spiritual, of ages long past and the cutting edge future.

Using imagery from NASA and computer software I turn the pinnacle of scientific and spiritual exploration into fine art, recreating planets and stars with paints and pigments made from the earth-bound residuum of planets and stars.

Often these paintings are crafted under specifically chosen astrological cycles which speak to the subject matter, coming to life to the sounds of chant, mantra, and the eerie, heavenly music of the solar system itself.

I work in many media–oil, acrylic, watercolor, India ink, enamel, and resin–to depict the heavens, both as science sees it through the lenses of telescopes and as I see the heavenly bodies through the lens of my imagination.

The studies express themselves in texture and dimension; with heavily placed paint, poured resins, or the contrast of finishes where layer upon layer of both matte and high gloss varnishes protect the same piece.

Each series of images is recreated only a limited number of times–once in each medium in a given size, from miniature to over-sized canvases. The exploration of each image takes the artist and the viewer on a journey, often beginning with the visual reality that our eyes perceive, becoming more abstract with each subsequent study.

“We have calcium in our bones,

iron in our veins,

carbon in our souls

and nitrogen in our brains.

with souls made of flames,

we are all just stars

that have people names.”